Quick reviews on about new main features of Jaws 2019

Dear all,
Later in October, Freedom Scientific has released Jaws 2019 with many new feature and improvement. This article has been copied from the What's New in JAWS 2019 Screen Reading Software on Freedom Scientific site, but I'll share additional information about the experience of using this version from me and my colleagues. In addition, most of us has used this version on Windows 10 pro, v 1809, but the experience of each person was a little bit different.

JAWS 2019 introduces a new concept to help ease the delay in response when JAWS first launch and looks for authorization. In prior versions, JAWS would not fully start until proper authorization was found. Since Authorization can include searching for a network license, the amount of time before JAWS started speaking could be significant. While it is not possible to speed up this period directly, the authorization process will now be completed simultaneously to startup. As JAWS searches for authorization, it enters a new "grace period" authorization state which provides limited functionality, similar to what is available on the logon screen, so you can use speech and braille while authorization discovery takes place. Once the authorization check has finished, JAWS then uses the correct feature set based on the license.

I've never observed the time where Jaws starts as Windows starts, so I don't have any comment for this feature, but I think this would be great for saving a little time when starting up Window, and Jaws.

JAWS Microsoft Office support for Word, Outlook, and Excel has been separated into different script sets which now load depending on the version of Office currently running. This makes it much easier to make continued improvements to Office 365 support going forward without the risk of breaking JAWS functionality in previous versions of Office for users who still rely on these older versions. If you are running Office 2016 or Office 365, and the version number includes a build number of build 10000 or higher, the newly created Office settings for Word, Outlook, and Excel should be loaded when you run those applications. If you are running earlier Office versions, JAWS should load the Word Classic, Outlook Classic, or Excel Classic settings.

To verify the version and build number of offices you are using, press CTRL+INSERT+V. This command will also indicate if you are running a retail or subscription version of Office. To verify which JAWS settings are loaded, press INSERT+Q.

With the changes made to separate the Office 365 support from the scripts for previous Office versions, we are now able to take advantage of more UIA functionality provided by Microsoft. There is also much less decision making that needs to be done in the scripts since there are no longer other office versions to be considered. As a result, users should notice greatly improved performance and responsiveness when using current versions of Word, Excel, and Outlook. A few areas where users may notice increased responsiveness include:

For braille users, document spacing a formatting are now more accurately indicated on the braille display. This includes indents, outdents, and tab stops. We have also addressed several issues with the braille cursor not always being positioned where expected, which made it difficult to sometimes edit using braille.

Notification of Spelling Errors in Word 365

JAWS was the first screen reader to introduce Spelling error detection in Microsoft Word around 1998. This feature indicated when the cursor moved into or out of a spelling or grammatical error while navigating and was also able to count the errors on the current line. These errors could also be marked in Braille with dots 7 and 8. However, the ability to count the errors and mark them in braille adversely affected the responsiveness of navigating the document and was turned off by default.

The improvements to this feature in JAWS 2019 now offer the following above and beyond the prior functionality:

To configure whether or not the buzzer sound is heard when SPACEBAR is pressed after mistyping a word, open Quick Settings (INSERT+V) from Word or Outlook and select or clear the "Spelling buzzer on mistyped words" check box. This option is available when using JAWS with Office 365 versions higher than 16.0.10000.

The other Spelling options in the Microsoft Word Quick Settings, "Spelling error detection" and "Grammatical error detection," currently remain the same. They allow you to cycle Spelling and Grammar options between off, hearing spelling/Grammar errors as you navigate by character, word, line, or Say All, or hearing spelling/Grammar errors plus count.

As you navigate by character, JAWS will now speak the phonetic representation of letters if you pause for a brief period of time. This enables you to immediately hear a letter spoken phonetically without the need to perform an additional command.

By default, JAWS speak the character phonetically after a one and a half second pause. To change the amount of time JAWS waits before the phonetic announcement, or to completely turn off this feature, do the following:

JAWS also offer a manual option to speak phonetics continuously as you navigate by character. Pressing the Say Character Keystroke (NUM PAD 5) twice quickly toggles this feature on and off. If you are using the manual option for all letters, the pause announcement will not occur.

When you perform one of the commands to exit JAWS including INSERT+F4, a prompt displays asking if you are sure you want to quit JAWS. You can then press ENTER to quit or ESC to cancel. JAWS 2019 now allows you to disable this prompt so that JAWS immediately exit. To disable the shutdown prompt, open the Basics dialog box located in the JAWS Options menu, and clear the "Prompt to Confirm when Exiting JAWS" check box.

For me, I like this feature very much because sometimes Jaws' speech is disabled while user performs any command, although it still running. Disabling this prompt make easier, and faster to restart Jaws in case like that because it will be turned off without asking anything so user don't have to find and press Enter on the prompt dialog.

Starting with JAWS 2019, there is now one link to download and install JAWS for all supported operating systems and languages. You no longer have to choose the correct setup executable based on your system as well as which language you need. When you begin the setup, the installer automatically detects whether you are using 32 or 64-bit and installs the correct components. If you are doing a new install and you want to use a different language other than the default for your operating system, select the Options button on the first installation screen and then choose a language. If you are updating an existing installation, the Options button is not available as JAWS detects the language already installed and updates using the same language.

The JAWS Audio Ducking feature is now supported in the Windows 10 Spring 2018 Creators update (version 1803) and higher. Audio Ducking causes the volume of other programs to be lowered while JAWS is speaking. For example, if you are listening to music and JAWS begins talking, the volume of the music will be slightly lowered so you can comfortably hear JAWS and then raised back to its current level when JAWS stop talking.

By default, audio remains at the same level as JAWS speech. To enable Audio Ducking, open the Startup Wizard from the JAWS Help menu and select the "Lower the volume of other programs while JAWS is speaking" checkbox located on the Speech Settings page. Alternatively, Audio Ducking can be turned on through Settings center by doing the following:

You can also press INSERT+SPACEBAR followed by D to quickly toggle Audio Ducking on or off. The current setting will remain in effect until you press the layered keystroke again or restart JAWS.

For users who leave Typing Echo enabled, JAWS will no longer announce the TAB key by default. This means you will not constantly hear "ALT+TAB" while switching between applications or hear "TAB" spoken each time as you move through links on web pages.

Note: If you prefer to have the TAB key spoken, or you would like to mute other keys such as SPACEBAR, ENTER, or ESC, open Settings Center and search for "manage key labels". For more details, refer to this support article on using the Manage Key Labels feature.

JAWS 2019 can now indicate when focus moves into a multi-line edit field. To enable this announcement, select the new "Announce multi-line edit" option located in the Miscellaneous group in Settings Center.

This didn't work on my laptop. The checkbox is always clear after I close the Setting center and go back to that. This might be a bug.

For those using Skype version 8, we have added some additional keystrokes to help with navigation since these options are not offered in Skype. These commands are:

You can also use the JAWS commands INSERT+W and INSERT+H while focused on Skype for a list of most of the keyboard commands you would want to know when using Skype. For a full list from Microsoft, please visit the Skype Hotkeys Web Page.

Tip: You can assign a keystroke such as ALT+CTRL+S to the Skype icon on the Desktop to quickly open Skype to answer an incoming call. If you are in another application and you receive an incoming call alert, you can press your shortcut keystroke to open Skype, press INSERT+UP ARROW or INSERT+TAB to read the caller information, and then press CTRL+SHIFT+P or use TAB to choose Answer or Decline.

JAWS 2019 includes a new option which allows us to collect anonymous usage information that is generated as you use the software for your daily tasks. This data helps us continue to make improvements as well as more easily locate and address problems. Collected data includes JAWS version, operating system version, language, country, as well as information on various JAWS settings such as the current synthesizer, braille display, and braille table.

If you choose to participate, no spoken or braille content is collected and no data is shared with any parties outside of Freedom Scientific. The data we collect strictly helps us better understand how our software is being used in the field so we can quickly make enhancements to features being used the most by our customers. If you choose not to participate, then no usage data is collected and transmitted.

You can change your selection at any time by doing the following:

You can also choose whether or not to participate in this program through the Startup Wizard located in the JAWS Help menu.

Some more experience from me and my colleagues

Jaws 2019 works better with console applications such as Windows Command Prompt. Most of cases, output information on these read very well on my laptop. However, sometimes I can't interactive with it, and I must switch away from the windows then restart Jaws because Jaws's commands such as Jaws key+F4 does not work in this situation.

Sounds like Jaws freezes, or respond slowly on some places

I surfed a site which contains large data at table using Edge and has this experience. Jaws sometimes freezes, or responds very slowly after pressing a command. - This also occurs when open Windows 10 Setting (Windows+I) on my colleague's laptop. That case, restart the computer is the way he usually does because Jaws freeze in the most case. On my laptop, it just responds slowly.
For people who use the Jaws script for reading Vietnamese written by Sao Mai center for the blind, the script still works well on Jaws 2019 without any modification. People are recommended to download the latest version of script to have the best experience. 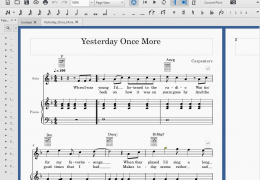 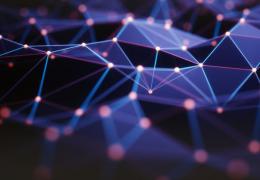